I’m so excited! Jason is playing in a three-on-three basketball tournament in Portland next weekend; actually his team won last year and Jason placed in the three point competition. It’s fun to go and cheer him on and see all the athletes playing outside at the Rose Garden. Most of the games are just played on small courts on the blacktop, but there’s also a full wood court set up for the championship, the three point contest, and some of the other games, so that’s pretty cool. 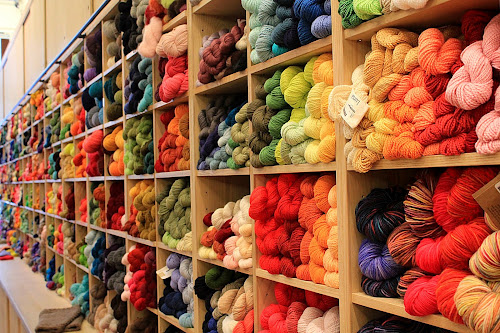 I really should probably avoid any places with yarn, but how could I pass up such an opportunity?!? I’ve never gone to any kind of yarn/knitting event before, but I expect it will be wonderful! I’m just excited to see all the yarns together in one place.

Even at home, I love just looking at my yarns. So pretty! 🙂